Sleepy spot last night was O Grove not much to say about it really ..A Muppet train .. home tourist and a parking spot in a carpark near the mussel boats but suited our purpose..

The Cook woke up this morning with what she called Tennis elbow but as she hasn’t played tennis since she was 13 we think perhaps she slept funny !

Today Hetty and Crew are heading to FINISTERRE

A most mentioned area from the shipping forecast which we think was Finisterre Lundy Irish Sea Now this shipping area is called FITZROY ! Name so it seems after Robert FitzRoy the founder of shipping forecasting .. he killed himself because he couldn’t stop ships sinking !

The change was made after the Spanish kicked off and INSISTED UK changed it ..

The road wanders around the peninsula with inaccessible golden beaches 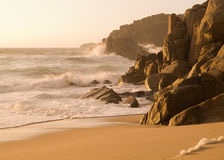 to look at.. every bay a small harbour.. lots of up n up again Viaducts 100’s of meters in length All very new which made us wonder how they got around in the days of yore .. Boat probably..

A note from The Driver

Do the Spanish drivers play guess where they are going at roundabouts The answer is yes ! If they bothered to indicate at all .. it’s not actually what they do

We in Hetty have been extremely cautious but we have seen quite a few near misses not helped by the speed the Spanish seem to enjoy ..Hetty was overtaken on one roundabout then abused for going where she indicated 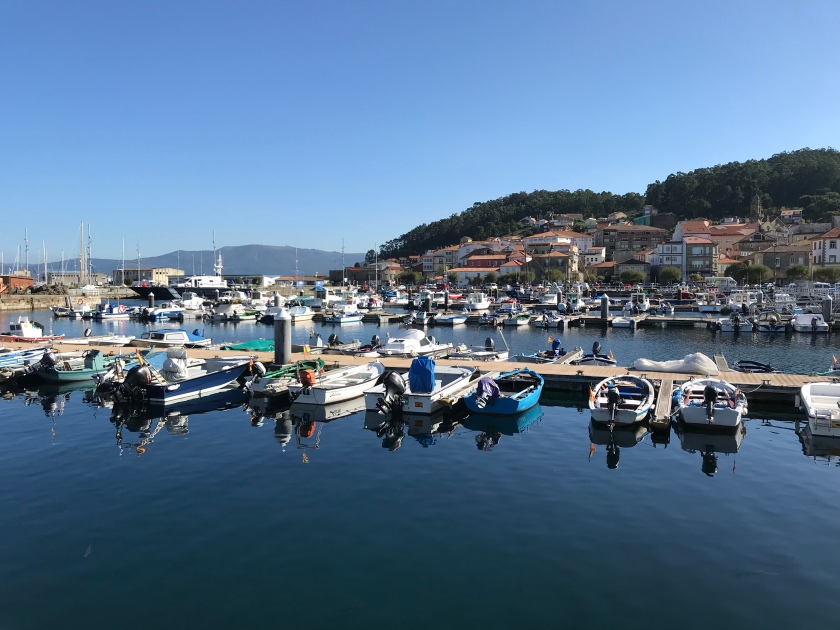 MUROS harbour beckoned is and here we are parked up nicely on their harbour .. Windy and sunny ..5pm walk to look at the boats prior to cooking a potato n carrot curry

On the end of the harbour wall is a massive and I mean massive yacht called WHYLD SWAN flying the Dutch colours .. We think it’s an Ocean youth vessel as all the crew look teens 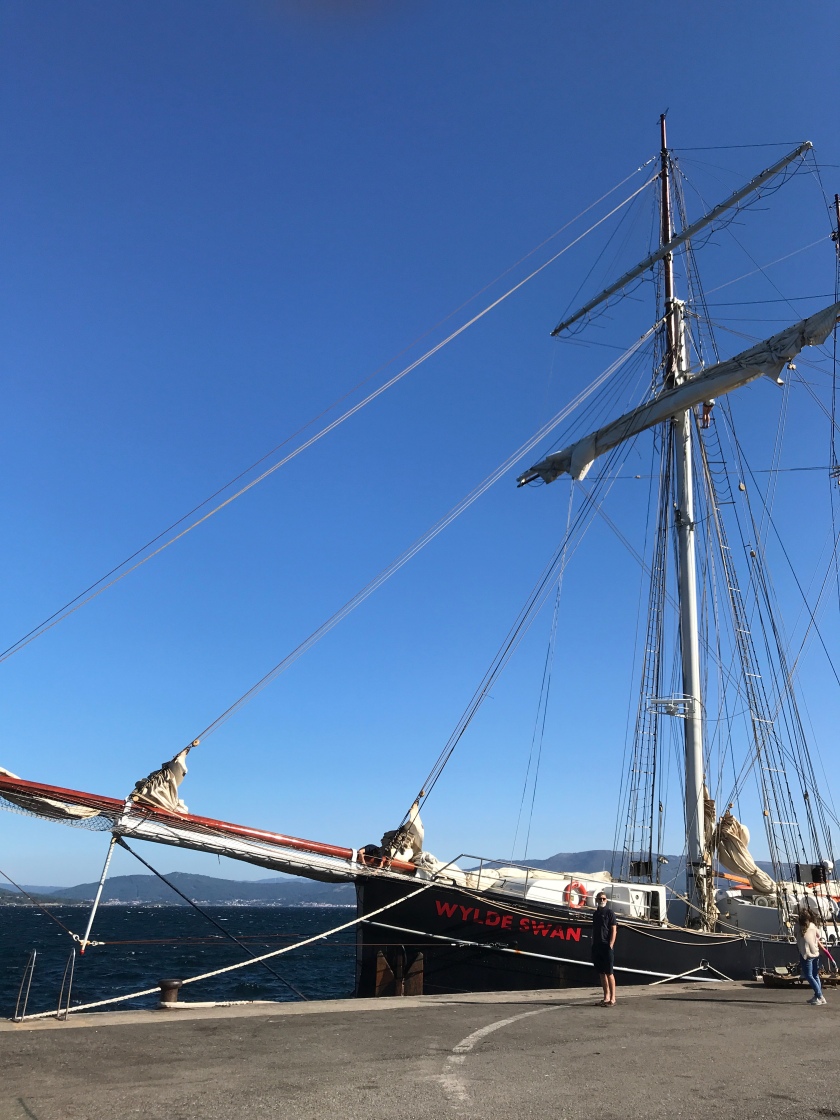 .. The Guarda Civila went on board as we stood there ogling ..They asking for the Captain and he looked like a teenager as well .. but must have been in his late 20’s ..There where kids up the rigging mending stuff 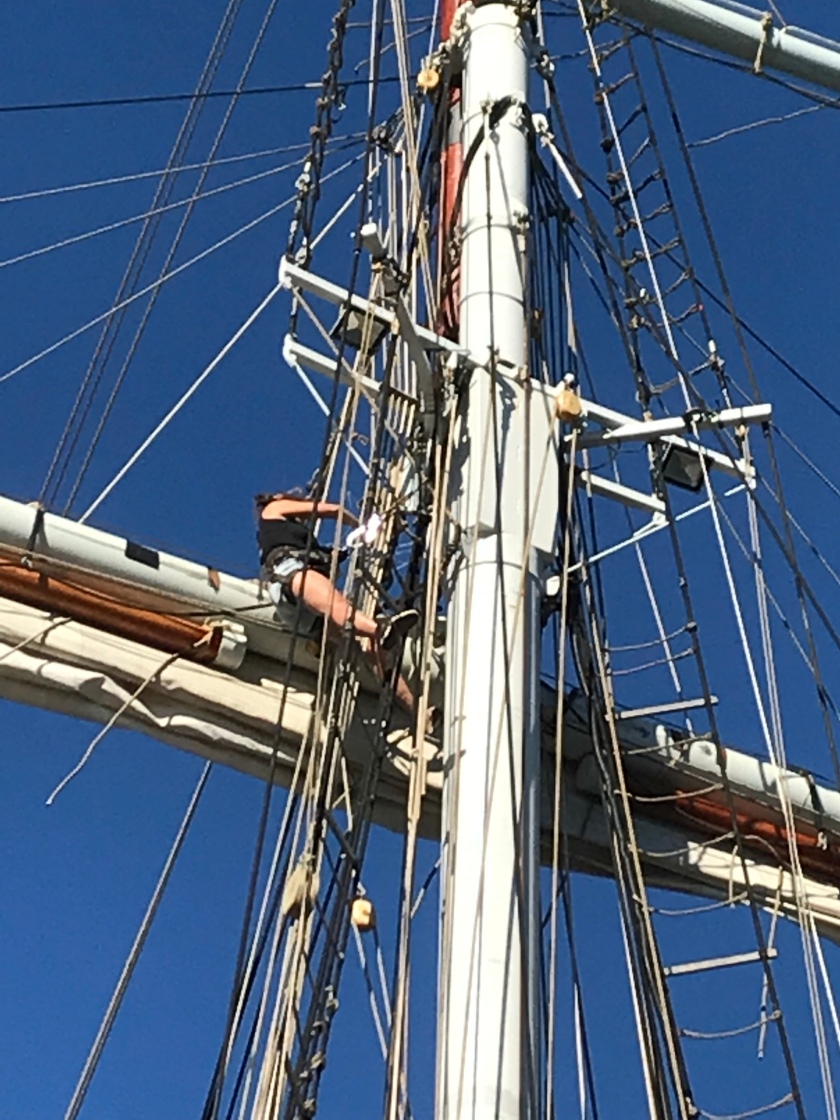 and a general clean up was on .. looks like they had been in a bit of a blow 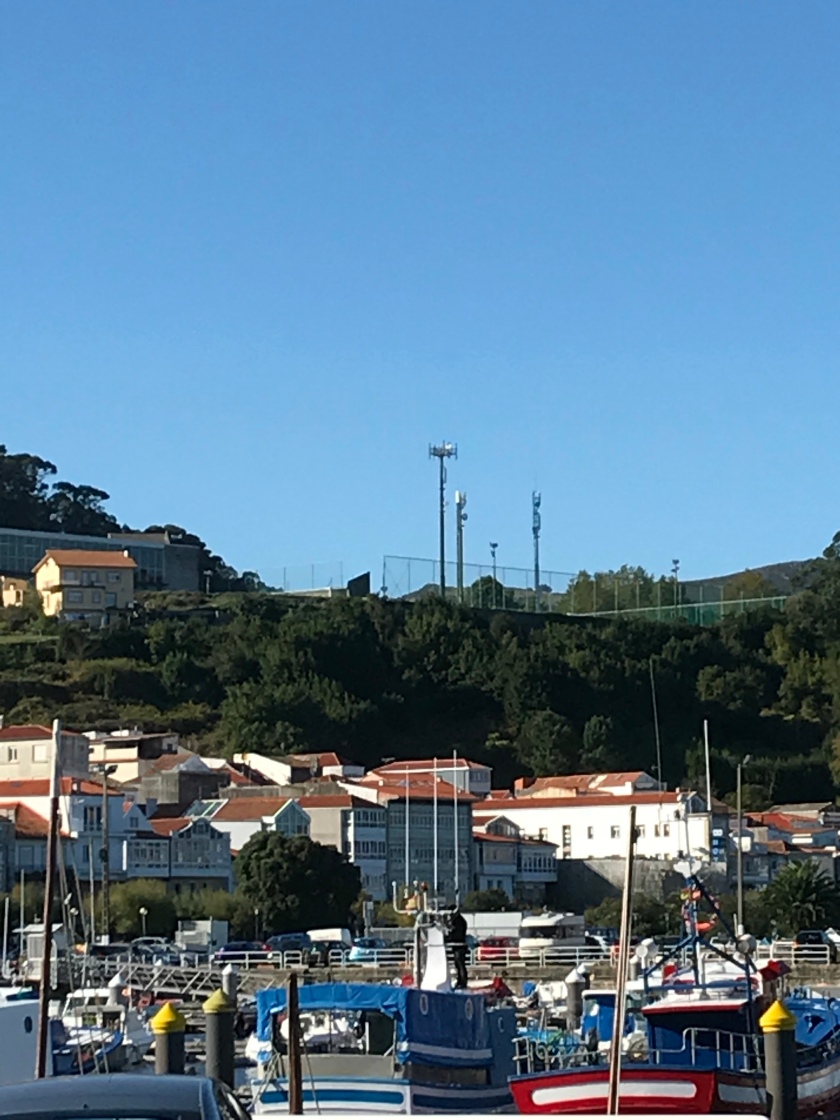