Not so much housekeeping but gas hunting .. we are nearly out and use it for cooking ..heating and keeping the fridge cold ..(beer cold) We have a tank under Hetty which has to be filled at a garage BUT the garages who sell said Gas won’t put it in her “Only cars” said the jobs worth .. A fair trek of 30km back south .. I said as we passed the gas depot on the way north to Porto “Let’s fill up ” BUT we drove past ..and now we go back and it rained and rained so nothing to go and look at .. I don’t think the Portuguese are used to rain as the roads were swamped.. No drainage said The Driver.. 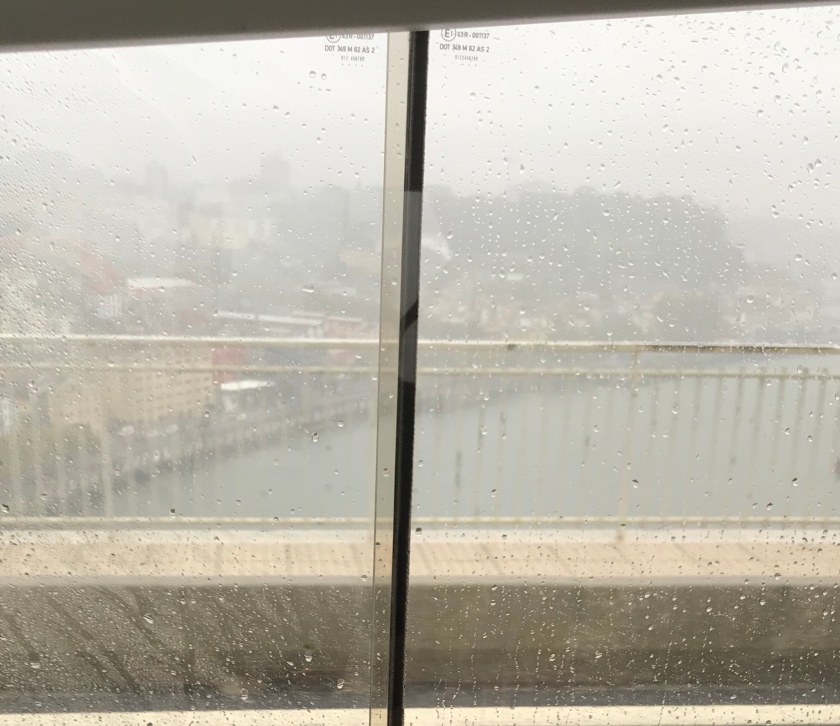 .. a very different view today .. and on to our next port of call VILA DO CONDE 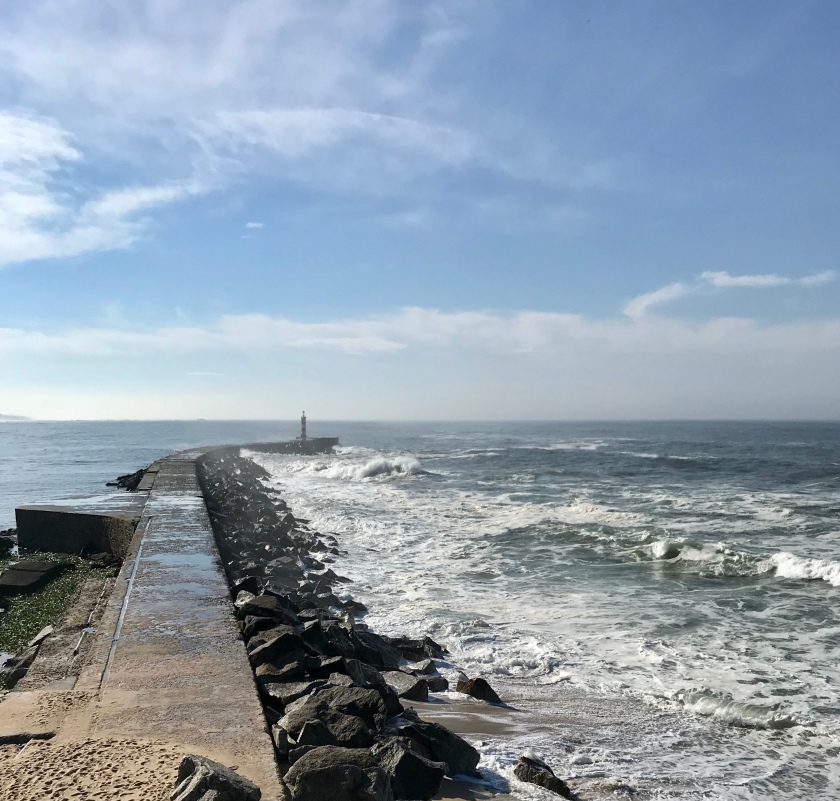 and a lovely sleepy spot over looking a seriously rolling sea ..Fisher men out chattering with a couple of other campervans from Spain and France

A walk was called for before we left the next morning to the Castle on the shore which was used for weddings .. what a fabulous venue ..

Where next .. A headland in Baiona again over looking the sea and the islands off shore 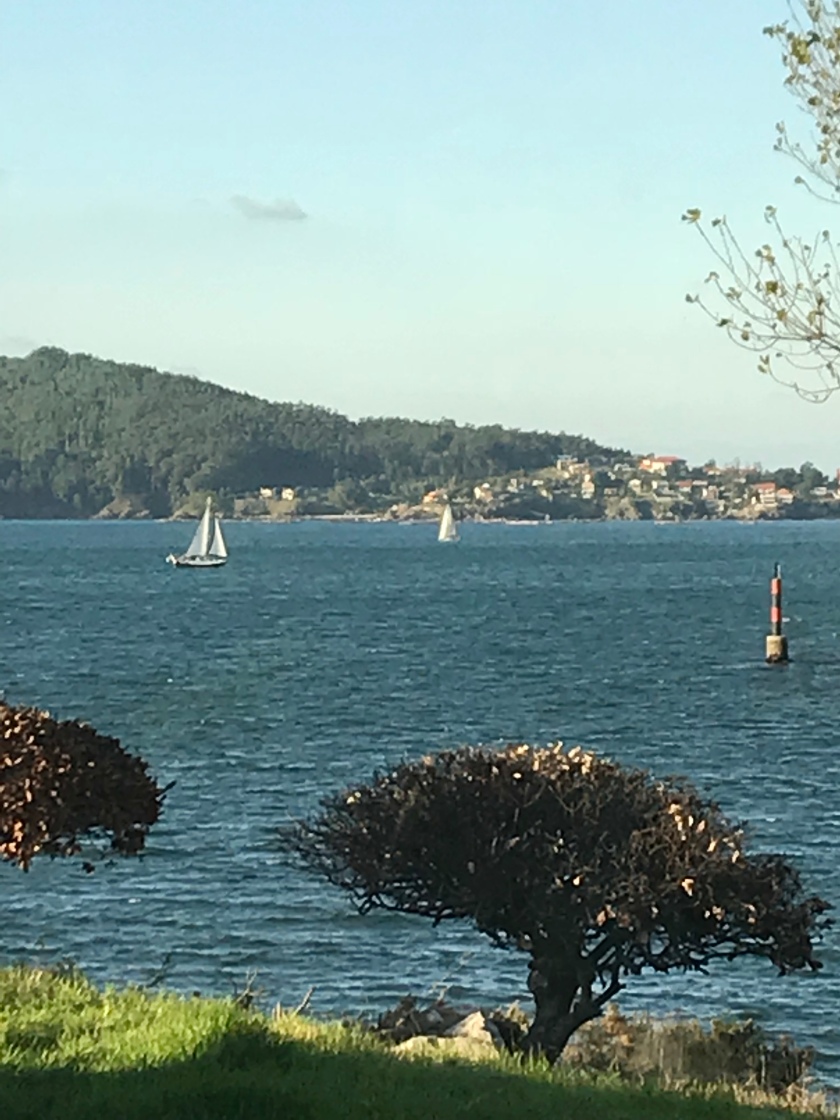 .. Next to a little church ransacked by Sir Francis Drake .. Four other vans there ..again see our map for GPS cooed .. I will add em later

Another walk into town .. It’s such a shame the ancient building are left to rot .. a lovely little town but lots of dereliction in the old quarter and the fishermen housing .. 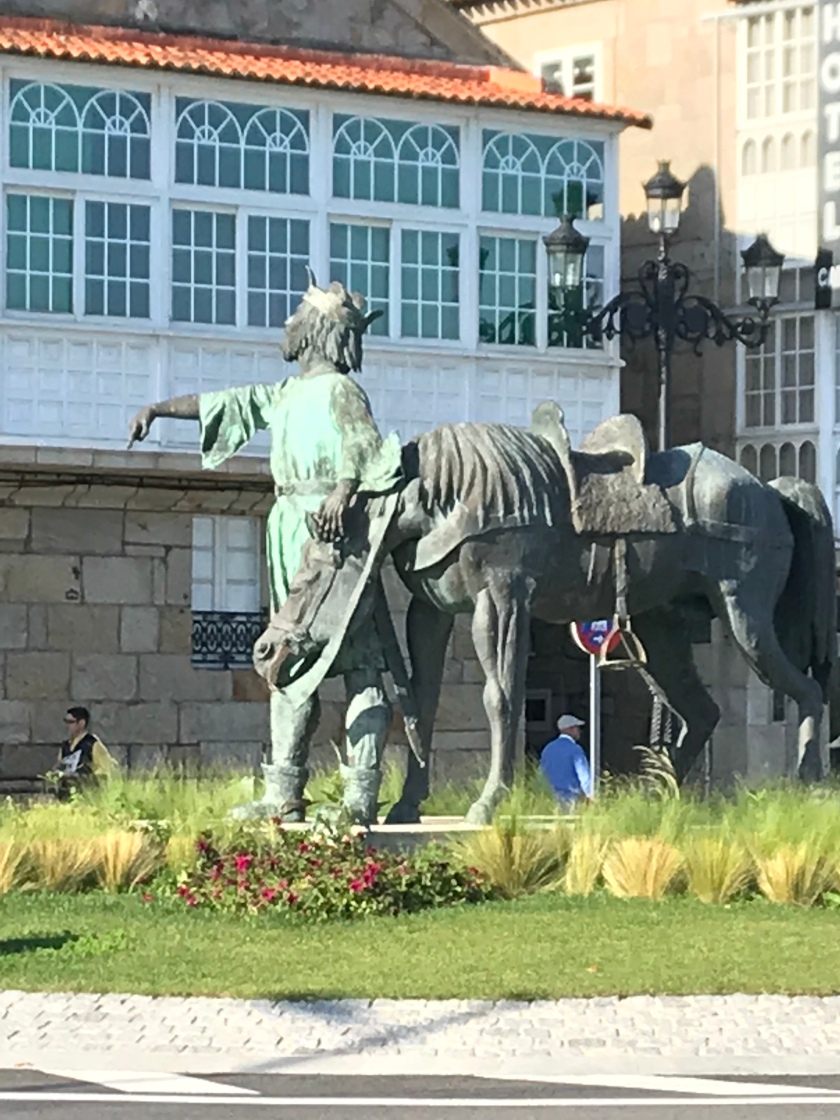 We found a service garage Repsol on the Main Street which had all the facilities any travelling camper van needs ..

Water.. Fuel ..empty your stored dirty water and not least a loo dump .. and very needed .. we had to pay a little more for fuel and The Driver is now looking at other diesel garages with a”That’s 9c cheaper”… so off to Vigo .. well not yet .. there’s no sleepy spots there so our thought were to go across the bay and get the ferry into Vigo tomorrow morning and have a look round and a light lunch .. Found a parking place in Moana on the harbour 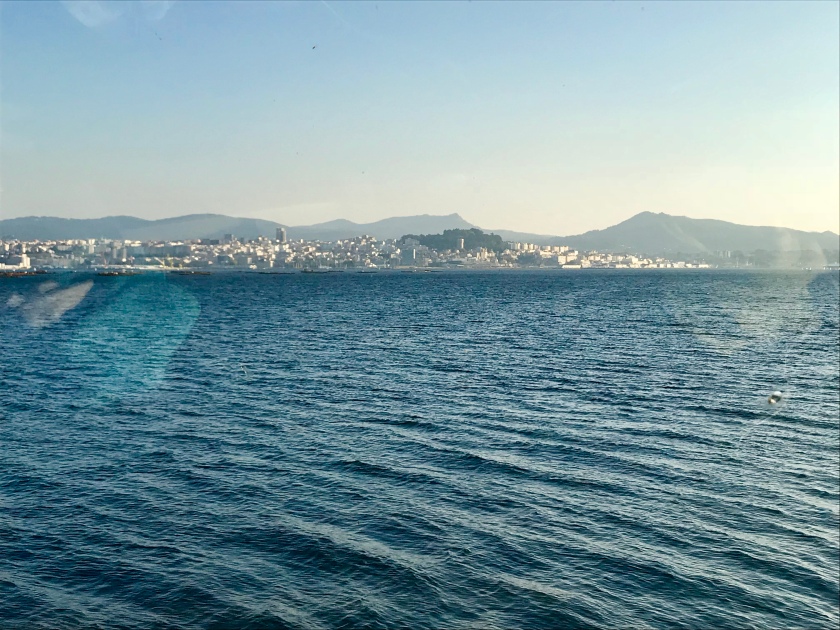 .. Hit Lidl for fish fingers and wedges now we can cook in the oven again and settled down to watch yet another sunset in the Iberian peninsula.. we love it here